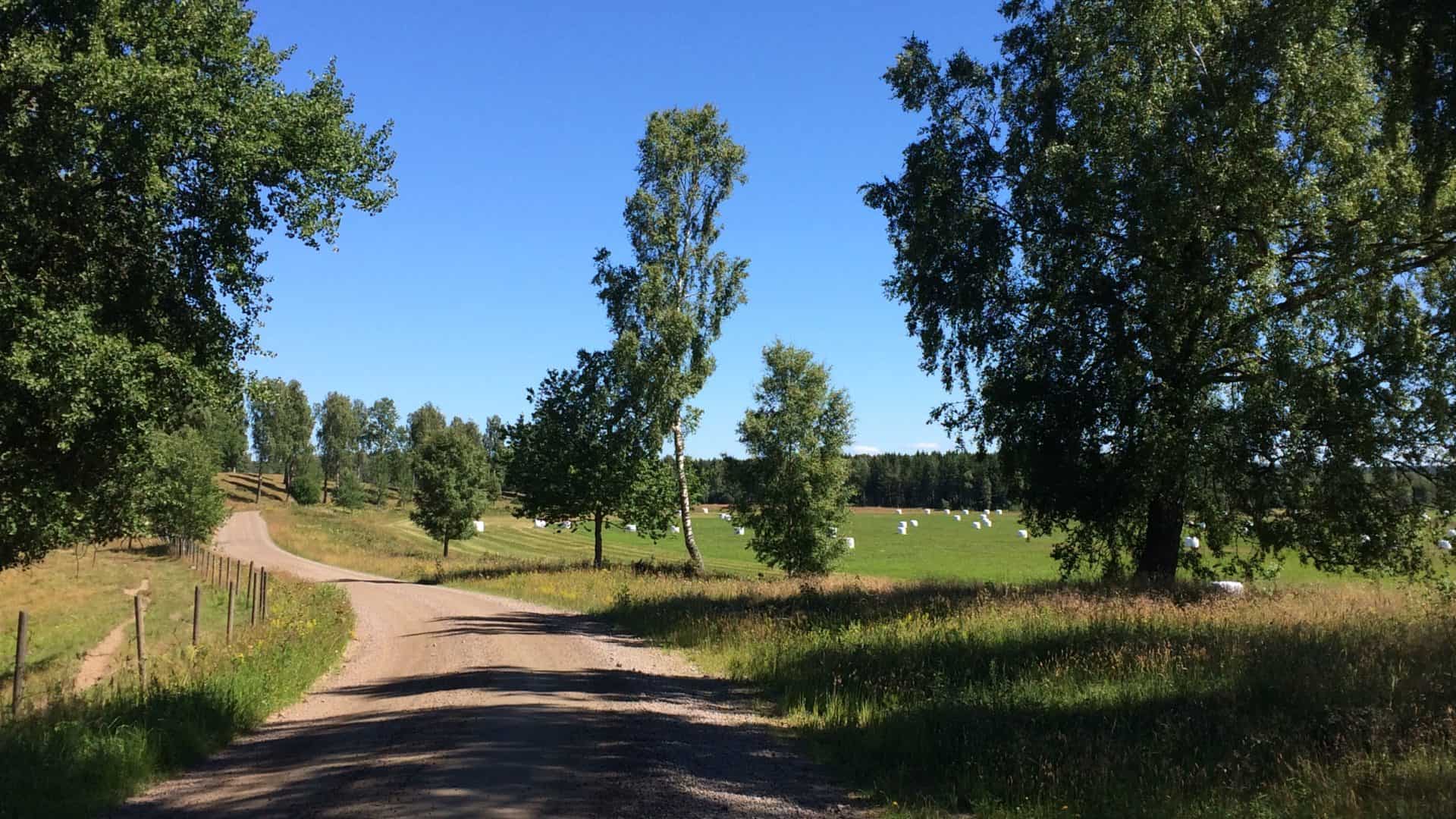 My paternal grandmother, Anna Vitalia Lindquist, and her sister Augusta Ottilia Lindquist–my great aunt “Guttie”–emigrated from southwestern Sweden in 1901 and 1920, respectively. Here’s a record of my 2018 visit to their part of the kingdom, known as Västergötland landskap [province].

Västergötland province is bounded on the northwest by Sweden’s largest lake, Vänern, and on the northeast border by Sweden’s second largest lake, Vättern.1 The 25 geographical provinces [landskap] of Sweden have served no administrative function since 1634. Rather, counties [län] are the country’s umbrella jurisdictions, functioning like the states in the U. S. A. The provinces are cultural regions that retain historical legacies and a means of cultural identification. Dialects and folklore follow provincial borders, rather than the borders of counties.2

The first thing I learned about Velinga, is that there are at least four other parishes in Sweden with similar names: Valinge, Välinge, and Vällinge and Vellinge. Furthermore, “W” and “V” were interchangeable, so it’s not unusual to see a spelling where either is used, i.e. Welinga or Velinga. Prior to 1940 the parish name was spelled Velinge, ending with “e” rather than “a” (not be confused with Vellinge Parish).

In the early 1970s Sweden carried out a nationwide local government reform. Counties were combined and urban and rural areas were merged into larger unitary municipalities. Thus, Tidaholms kommun [Tidaholm municipality] is a modern-day municipality in Västra Götalands län. Twenty former entities, as of 1863, are within the present amalgamated municipality3, including the three historical parishes of my “Lindquist” ancestors—Velinga, Daretorp, and Härja.

Therefore, the location of Anna V. Lindquist’s 1878 birth at Dälden (a farm), in Hadäng (a settlement), Velinga soken (a parish), Skaraborgs län (a county) would now be considered within Tidaholms kommun [municipality] in Västra Götalands län [county].

All photos and text by Bruce Jacobson: this work is licensed under Creative Commons 4.0 License—Attribution-ShareAlike.